We’re very lucky to have a high number of long serving staff within our team – something we attribute to our strong family values originating from our parent company, Bowmer + Kirkland.

From the construction workers on site to our sales teams and office staff, every employee is welcomed into the Peveril family with open arms and provided the support and encouragement they need to succeed.

Such an ethos can only come from the top down and there is no better example of being given the opportunity to thrive at Peveril than our Construction Director Colin Wright – who recently announced that he will retire at the end of 2020.

Joining Peveril Homes in 1987, Colin had already enjoyed a successful start to life in construction after spells at Thomas Fish, Vic Hallam and H. Hunt & Sons where he was a quantity surveyor. Over the years he’s occupied almost every role possible at Peveril and immediately made his mark in the early days – gaining a reputation for consistency and a dedication to quality. His strong work ethic and likable approach saw him work his way up, eventually becoming our Director for construction.

Within this role, Colin has set very high standards for how the company should conduct itself on site, working with site managers, partners and suppliers to ensure that our health and safety and methods of construction hit the highest notes across all of our developments. He’s also formed strong relationships with countless people and made some cherished memories along the way, as he goes on to explain.

“I joined Peveril because the company had already made a name for itself for its quality – becoming known as a developer who cared about its purchasers. It felt like the right move for me and it must have been because 33 years later, I’m signing off my career at the company,”

He continues, “Peveril really is like a family and like any family, we support each other. That’s what makes coming to work everyday so enjoyable.”

There have been many high points for Colin over the years, but a couple stick with him more than most, as he continues.

“If I were to pick out the highlight of my career, then that would have to be winning the LABC Award for best partnership with a local authority – it was such an outstanding accolade. My most memorable moment with Peveril would have to be the sense of achievement and pride I felt when I was made Director. To be entrusted with running Peveril Homes on behalf the Bowmer + Kirkland Group takes some beating!”

“I will miss coming in, no doubt,” reflects Colin. “It will be hard to replace the relationships, camaraderie and moments filled with laughter that I’ve enjoyed every day. I’ve had the pleasure of working alongside some fantastic people  – whether they’re labourers, subcontractors, suppliers or colleagues in the office. Peveril has been a special part of my life and I wouldn’t have been here for 33 years if it wasn’t such a great place to be.”

To add a cherry on what is already a very tall and eye-catching cake, Colin recently took home the distinguished Chairman’s award at this year’s East Midlands LABC Building Excellence Awards – the least he deserves to recognise 45 years of hard work and dedication.

James Smith, Director of Peveril Homes, has extended his sincere thanks to Colin on behalf of the company and recognises that he leaves big shoes to fill in the future.

“It’s been an honour and a pleasure to work alongside Colin and he will be missed at Peveril. His professionalism, commitment and warm and friendly personality is something you can’t teach and he has left a truly brilliant legacy behind him both here and across the industry.”

“On behalf of the entire team, I would like to wish Colin a very happy retirement and all the best for the future.” 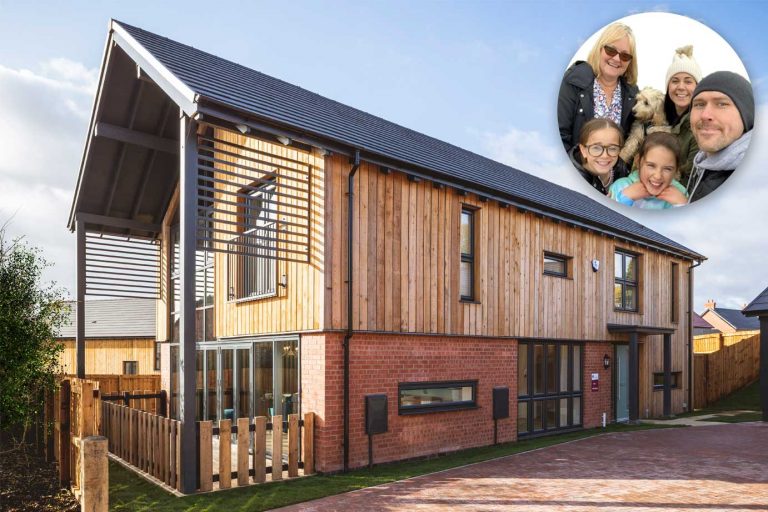 Love at first sight for one couple meant they snap...

Do you believe in love at first sight? For James Claybrook and Aimee Berrieman fairy tales do come…
Read more

We know how important it is to enjoy the experience of buying a new house. It should be…
Read more

Spending lockdown in a new Peveril home proved a r...

Moving into a new build was never a consideration for Jono Alexander-Gould. But once he and his husband…
Read more